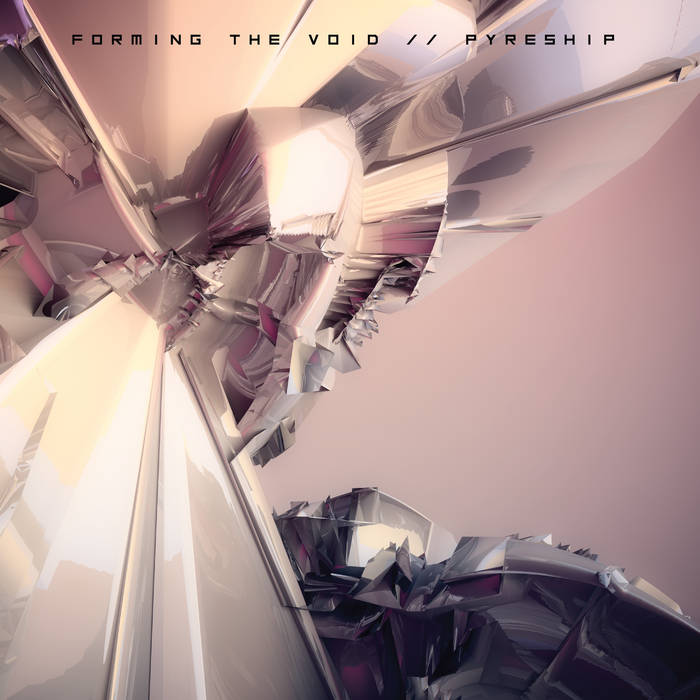 FDJ Forming the Void and Pyreship sitting side by side on one release is good enough but when you add into that equation the strength of the one song each the band deliver on this split it becomes almost mindblowing!

"Forming The Void/Pyreship Forming The Void/Pyreship Endhipendit DL/10" Describing themselves as "prog warlocks", the Lafayette, Louisiana stoner rock quartet Forming The Void belong to a doom metal coven that includes such sludge sorcerers as Electric Wizard, Sleep, Om and Yob. This shared vinyl 10" with the Texas based Pyreship acts as a stopgap release before their forthcoming second album Rift. Enjoyable as FTV's "To The Wolves" contribution is, the resemblance to Sleep and early Om is so omnipresent that it's hard to think of anything else while listening to it. That said, the sheer driving force of the beat they roll out is convincingly captivating, especially when the centre of the song unexpectedly bursts
into a luscious, liquid prog driven guitar loop that uplifts the mood of the piece towards transcendental ecstasy. On the flip Pyreship retaliate with "Wraith's Tide", a slowly building miniature epic constructed from layers of doom metal guitar shapes and found sound - until the sonic tsunami they have summoned up inevitably (but enjoyably) comes crashing down." - The Wire


"Forming The Void’s song lasts more than 6 minutes of Psych Sludge/Stoner grooves but with a more soulful blues vibe compared to the songs on 2017’s Relic. The song still has the familiar hallmarks that made Relic one of the best albums of last year. It’s dramatically heavy with a great vocal performance from James Marshall. James opts for a more grunge style of vocals for this performance. The music is heavy with the rest of the band creating a doomy psychedelic atmosphere. A very good song and shows that Forming The Void are continuing the good work they created with Relic." - Steve (Outlaws of the Sun)
outlawsofthesun.blogspot.com/2018/03/forming-void-pyreship-ep-review.html

"Forming the Void offer “To the Wolves” as their contribution, a bluesy, rumbling song that highlights frontman James Marshall’s voice. On the flip side, Pyreship offer post-metal-tinged doom on “Wraith’s Tide,” stretching out the song over nine minutes until they conclude on the song’s heaviest note." -Vince Bellino, (Decibel)
www.decibelmagazine.com/2018/02/06/split-stream-forming-void-pyreship/

"Forming the Void have an effortlessly smooth singer who would dominate the music of most bands he could be in, but on the very affecting and impressive single track on this split release he’s merely one part of what makes the song so effective. Heavy, but without being overbearingly so, and catchy, without being annoyingly so, “To the Wolves” is six and a half minutes of modern, progressive stoner/doom metal joy. To say I really, really like this song is an understatement.

Pyreship have the longer of the two songs, with their track – “Wraith’s Tide” – channelling some prime time Isis and delivering the goods in no uncertain terms. Almost entirely instrumental, (but not quite), the vocals that are here are used to merely accentuate what the music is doing rather than being a focal point in their own right like they were on Forming the Void’s track.

The difference in styles between the two bands is complementary, and this split serves to highlight just how enjoyable the work of both of these bands obviously is. I highly recommend this one." - Nigel Holloway, (Indy Metal Vault)
www.indymetalvault.com/2018/02/28/short-sharp-shock-5-building-them-up/