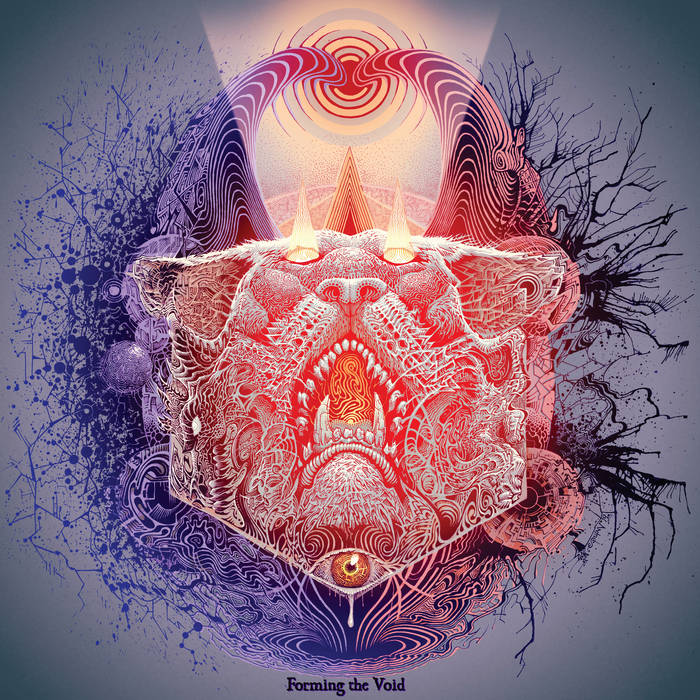 Nicholas Underhay Wow, I thought the last album was good ; this is amazing! The groove and the riffs within that sumptuous doomy prog is overflowing on this one. Outstanding work!

Harry Your best work in my opinion 🤘🏻
It's time for a German Tour❗️
Favorite track: Manifest.

warren barton Once again Forming the Void fail to disappoint, magnificent stoner rock album Reverie truly is. The sludgy guitar tones are great but it's the vocals that amaze me. The songs are so well written they just sound like an opening into heaven, fabulous album. Favorite track: Trace the Omen.
more...

Forming the Void invoke the progressive and heavy tendencies of Mastodon and Torche, the psychedelic and soaring melodies of Pink Floyd, and the rolling confidence of Soundgarden. With swamp mud stuck to their feet as they trudge forth from South Central Louisiana, they aren't afraid to slow things to a crawl, a welcome approach as shown by their last effort 'Rift' topping the Doom Charts at its arrival.

No strangers to the road, FTV have crossed the US alongside Truckfighters, Church of Misery, Kings Destroy, Gozu and Howling Giant. This summer sees them voyage to Europe to hit the road with Spaceslug. Their otherworldly sound has earned them spots on large festivals such as Psycho Las Vegas, Denver's Electric Funeral Fest, Stoner Daze and Stoner Jam at SXSW, Maryland Doom Fest, and Descendants of Crom.

For their new album ‘Reverie’, the band seeks to further explore aspects of the sound they've shaped on their previous outings, guided by a desire to strike a balance between organic and intentional. The result is an album that reaches new levels of refined depth, mystical energy and cosmic transcendence.

"Easily one of the year’s most anticipated records. I have high expectations and no reason to think they won’t be met on every level. Certainly the new song streaming doesn’t hurt my argument." -
The Obelisk
theobelisk.net/obelisk/tag/forming-the-void/

"Reverie is without a doubt, Forming The Void best album to date and another album of the year contender from the band." Outlaws Of The Sun (UK)

“You know that feeling you get when you hear an album and it just has it? You're hooked from the first notes and nothing can break your attention all the way through. Well, the latest masterpiece from Lousiana's Forming the Void has it.” Metal Injection

“With the release of another r-word album title, Forming the Void does a splendid job of sustaining their stoner prog momentum.” Indy Metal Vault (US)

“One of the year’s best albums, no question, and a rare moment of creative realization captured and preserved.” The Obelisk (US)

“It’s been a remarkable innovative voyage up to this point, and whatever the future might have lined-up for FORMING THE VOID, Reverie proves that no matter what creative spaces they dwell, their dedication to progress is steady and a pivotal detail of who they are.” Distorted Sound Magazine (UK)

“If you’re looking for something to throw on and get lost in, you need this on your radar.” Heavy Blog Is Heavy (US)

“A stunning cosmic ride.” Everything Is Noise

“Reverie is an excellent album: heavy, atmospheric, and all but certain to get your head nodding.” The Sleeping Shaman

“Forming the Void are different. They have some hard-to-define quintessentially special quality that makes for highly engaging and captivating music.” Wonderbox Metal (UK)

“Forming the Void garb their heavy doom in hallucinatory soundscapes and ever-shifting rhythm that makes for a trippy ride.” Invisible Oranges (US)

“Celestial and earthy, “Reverie” shows that FORMING THE VOID is moving forward with purpose and an uncompromising determination.” Metal Temple